Divorce isn’t something we typically plan for and sadly enough maybe we should; over 50 percent of marriages end in divorce and it has adverse affects on everyone involved, especially the children.

Surviving the child custody process can take its toll. Both parties are angry and bickering with one another while the children are stuck in the middle.

During the child custody process the children MUST come first! If you feel your soon to be ex is taking advantage or manipulating your children; turning them against you then you need to act quickly and protect your rights!

The legal process is costly and time consuming, fortunately there is affordable help available to assist you in the child custody process. Getting Through the “Gut-Wrenching” child Custody Process and keeping Your Kids! will show you how to do just that and much more. Learn how to: 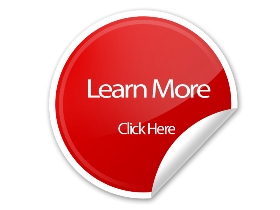 Men are problem solvers and tend to try and work their problems out on their own. If we are lost we don’t like to ask for directions, we think that we can put together complex projects by only reading half of the directions and in all honesty this works well most of the time but there are times when we must swallow our pride and ask for help.

Going through a nasty divorce is stressful and challenging. Most people in their right mind don’t know what to do and seeing things beyond the anger and illogical decision of your spouse is hard. Men have been lead to believe that their children are better off with their mother because they are nurturing and loving. Quite frankly, there are many mothers out there that are just the opposite. Father’s rights are important and dads make just as good parents as moms as long as the children are put first.

If you have just been served with divorce papers then chances are you are behind the gun. Your spouse has been planning and plotting this for weeks or even months. They know what they want and they have been talking to a their own lawyer learning how to get it. Fathers – you don’t have to sit back quietly and accept the deal society used to give to men. You can have a say in how much you get to see your children.

To get started you need to find yourself a good family lawyer that is going to represent you and your interests. In this case it is being able to be the father you want to be and protecting your rights as a father.

Here are some tips for picking a family lawyer:

When getting a family lawyer you may be tempted to do whatever it takes to win. That is okay but the problem lies in your motivation. Sure your spouse may be trying to hurt you but you don’t have to sink to their level. Put your children first and it will show because that is what truly matters. Children are innocent victims of divorce and you have to stand up for them and exercise your rights as a father.

If you still uncertain where to start you can find over 100 child custody publications written by world famous custody experts. These resources will help you get equal say when it comes to your children.

Over the years it is obvious that there is serious health effects associated with smoking. We are seeing business’s ban smoking, new laws and regulations, tobacco is highly taxed, the health of Americans are a major concern as smoking kills over half a million people each year. Many of which are non-smokers.

Even if you are a parent that smokes you want to protect your children from the harmful effects of smoking but you don’t have to smoke around them to cause them harm. Secondhand smoke sticks to your clothes, hair, furniture, car upholstery, and so on. There are over 4,000 chemicals in secondhand smoke and smoking residue potentially could be a health risk.

Direct secondhand smoke can cause children to suffer bronchitis, pneumonia, ear infections and more severe asthma attacks. Thousands of children are hospitalized each year because of secondhand smoke. Children will have to deal with these things for the rest of their lives.

The developing lungs of young children are severely affected by exposure to secondhand smoke for several reasons including that children are still developing physically, have higher breathing rates than adults, and have little control over their indoor environments. Children exposed to secondhand smoke, such as those with smoking mothers, run the greatest risk of damaging health effects.

Because of these things the child custody courts are getting more and more vocal about this very issue. Nearly half of the states in the US have ruled that whether a parent smokes should be taken into consideration when determining child custody. In some cases parents have lost visitation and had their custody agreements modified because they exposed their children to secondhand smoke.

“The controversy over whether smokers damage the health of people they live with has found its way into child custody cases — and that’s bad news for smokers.” Wall Street Journal

We want to teach our children and look after them the best we can but we can’t do it if we don’t live it. Parenting by example is just that… we live what we teach and we put our children first. Whether you choose to quit smoking or not is clearly up to you but you must know that there will be consequences for your actions in ways you never imagined. Why not seize this opportunity to learn more about quitting smoking and visit. SmokeFree.gov

The Greatest Danger to Our Children: Nearly 4 out of every 10 children are being raised without their fathers.

For decades women have been winning the battle when it comes to child custody. Not only is this heartbreaking to dads everywhere but it is also unfortunate for our children. Don’t get me wrong, I am not saying that mothers are bad parents, however should our children’s fate simply be determined because of the sex of the parent?

There are all sorts of information on the web that tries to instill fear into men when it comes to fighting for custody of their children. Threats from their spouse of child abuse or domestic violence, the problem is – this does happen and whether it is true or not the father ends up trying to convince everyone of his innocence. But the problem with this is the assumption that the majority of women out there would say such terrible things about their husbands just so they win in court. I really have a hard time believing this to be the rule rather than the exception.

Divorce is a sticky situation and typically all hell is breaking loose and neither parent wants to lose visitation with their kids and if common ground can’t be found then things will really get bad. So who should get custody of the children after divorce?

Children go through stages, sometimes they will bond with mom and at different times with dad. When looking at where the child should live there are many considerations. In this instance we are talking about physical custody of the child, who the child will live with primarily. Again there are several factors to look at but as for whether mom would make a better parent over dad based on sex is a hard pill to swallow and vise versa.

Children love both their parents, usually unconditionally for years and years. Children need parents that are emotionally available to them that can provide a stable, loving, and safe environment. I believe that a father can raise his child just as good as a mom. Consider this, those of you that disagree, studies show that children need their fathers; fatherless children are three times more likely to fail school, require psychiatric treatment and commit suicide as adolescents. Of course there are many reasons why a father may not be present in their kids lives but no parent should give up that right.

Here is the gist of things… A survey conducted by Phillips and Comanor concluded:

Children need both parents, there are instances where this just isn’t going to happen but as parents we need to be able to put our children first and if you can’t save the marriage you need to do what it takes so both parents can be active in your child’s lives. Two healthy people with out drug problems or emotional problems should be able to accomplish this, the ones with these problems should not have the primary custody.